Please take a look at VALO’s safety instructions regarding pandemic.

The ice hockey World Hockey Championships 2022 start this Friday. The reigning Olympic gold medalist Finland will once again be one of the favorites at the home competition, which will be held in Helsinki and Tampere.

Located at the premises of VALO, Lounge & Bar SUO is a sheltered and homely oasis that charms its guests with its down-to-earth and mystical atmosphere! At the casual bar you can enjoy the bistro treats or sip a refreshing drink with friends. What would work better during the ice hockey match than a tasty burger and beer for example?

Are you going to watch the World Championships from your home or in a bar? Lounge & Bar SUO shows all the Finnish World Cup matches on a big screen, in addition to which there is a lot to eat and drink and a great competition atmosphere.

There are a limited number of seats available at the race stand and we recommend booking a table well in advance through Tableonline.

The SUO World Championship auditorium is open on Finland’s game days from 7 pm to 11 pm (except normal opening hours from Thu-Sat and on 20 May. and May 21, when the matches take place earlier and the bar is open from 4 p.m. ) The kitchen is open until 21:30 (Fri-Sat 22:00).

Finland’s schedule in the World Championship Group B:

Preview: Finland is one of the favorites

Finland, the reigning Olympic champion, will compete in the spring at home as one of the pre-favorites together with Canada, the United States and Sweden.

Although Finland played the preparatory matches in the Swedish Euro Hockey Tour tournament with quite poor results, a bad preparation might well mean good performances when they matter.

Finland’s team in the World Championships

Finland’s team in this spring’s home tournament, held in Tampere and Helsinki, will not be a group of stars in terms of names, although “the Lions” are still waiting for the end of the first round of the NHL playoffs and the possible North American reinforcements whose play-off season might be cut short.

The current NHL reinforcements for Finland are Harri Säteri, who already won the Olympic gold for the Lions in February and spent the rest of the season at Arizona Coyotes, Henri Jokiharju, a defenseman of Buffalo, Juho Lammikko (Vancouver Canucks) who won World Championship gold in the spring of 2019, and Joel Armia (Montreal Canadiens), who is participating in the Adults’ World Championships for the first time.

However, Finland’s strength in the Games is the core group that has remained together for a long time. This includes trio Hannes Björninen, Saku Mäenalanen and Marko “Mörkö” Anttila, who have won both Olympic and World Championship gold together. This is of course based on the assumption that the injury suffered by Mäenalanen on Sunday will not prevent the forward from participating in the World Championship games.

The same applies to the names found in the upper lines, which are e.g. Sakari Manninen, Harri Pesonen and Valtteri Filppula, who returned to Europe after their long NHL career.

Finland’s defense is led by Sami Vatanen, a skillful attacking defender who had a great season in  Switzerland, and the experienced Atte Ohtamaa, a specialist at our own end.

As a whole, the body of the Lions’ roster is very similar to the group that celebrated Olympic gold in February. The small changes in the long lasting roster and the benefits it brings have been and will continue to be one of the greatest individual strengths of the team coached by Jukka Jalonen.

The close-knit and well-organized group has gone far against very tough teams in previous championships as well.

Book a hotel for the Ice Hockey World Championship tournament

Are you planning on visiting Helsinki for the World Championship Tournament? VALO Hotel & Work is located just about 15 minutes away from the Helsinki ice rink, where the Group A matches will take place. 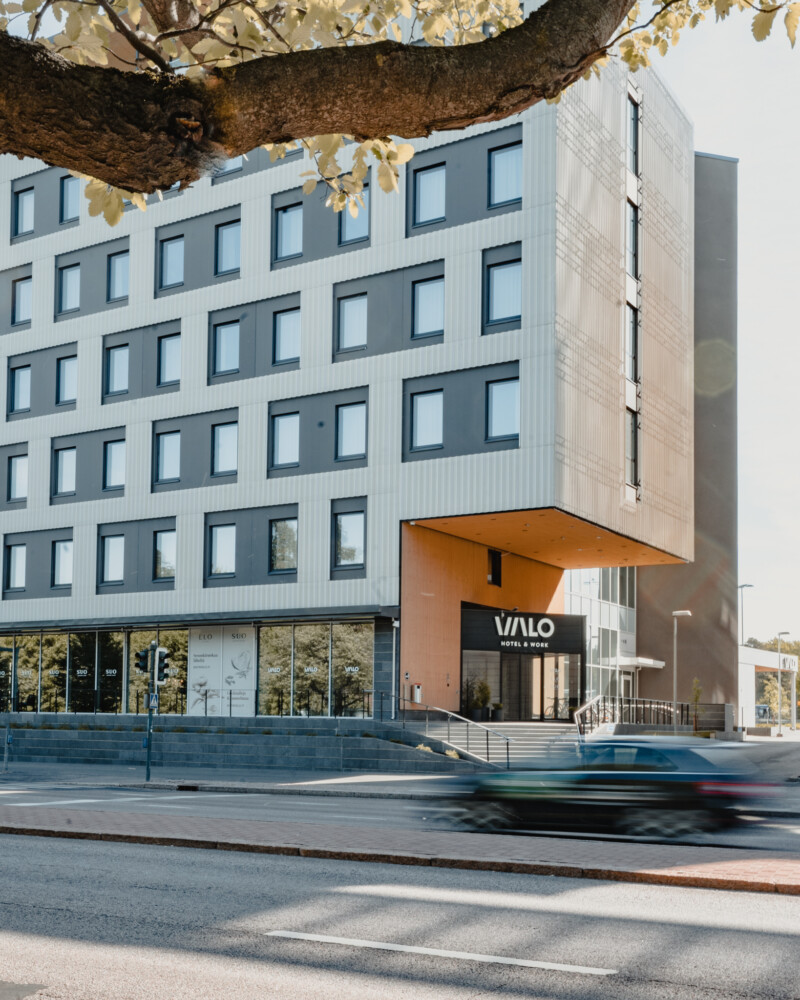 Summer holiday 2022 – things to do in Helsinki