This year’s UEFA Super Cup, where Champions League winners Real Madrid and UEFA Europa League winners Eintracht Frankfurt are playing against each other, will be played at the Helsinki Olympic Stadium on the 10th of August. In this text, we will tell you what the match is all about and where you can get tickets for the event. Real Madrid, who won the Spanish La Liga title last season, have dominated the Champions League for the past decade. The Spanish giant has celebrated the victory of Europe’s biggest club competition no less than five times in the last ten years.

Despite this, Real Madrid’s first championship in four years came as something of a surprise: even at the start of the spring season, Real Madrid did not appear to be capable of challenging early favorites such as Liverpool and Manchester City.

The turning point happened in the quarter-finals against the English side Chelsea, from which Los Blancos managed to wrestle themselves to the next stage under the leadership of star striker Karim Benzema. Benzema also starred in the semi-final against Paris Saint-Germain, scoring a hat-trick in the latter half of the second leg.

In the Champions League final, Real overcame Liverpool, who went into the match as rather clear favorites. Benzema was once again the hero as the experienced French scored the only goal of the match in overtime from a penalty kick.  Like Benzema, Real Madrid’s key player in the match was goalkeeper Thibaut Courtois, who also had a wonderful spring season.

On Real Madrid’s journey to winning the Champions League, it’s worth noting that the club was, on several occasions, the side that was taking it and had its back against the wall. However, the team, which is used to winning big competitions, managed to get off the bridge several times and turn tight matches into victories.

Eintracht Frankfurt’s season in the German Bundesliga was poor, as the team only finished in 11th place in the fairly even mid-table.

The German team’s season in Europe, on the other hand, could be described as marvelous, as the team became only the third club in history to advance in Europe’s second most prestigious cup competition throughout the season without losses.

In an even starting group, Frankfurt won three matches and played three draws, which was enough to win Group D ahead of Greek Olympiacos.

Even matches continued for the Germans also in the playoff stage, in which in the first two rounds the team knocked out two Spanish opponents. First, Real Betis narrowly fell short in the overtime in a two legged matchup with 3-2 aggregate score, and in the quarter-finals Frankfurt defeated Barcelona, ​ far from its glory days, with 4-3 aggregate goals.

In the semi-finals, they faced West Ham, who have made a quick rise in English football under the guidance of Scottish David Moyes. Frankfurt claimed an important 2 – 1 away win in the opening part played in London with the goals of Ansgar Knauff and Daichi Kamada, who scored several important goals during the spring.

The second leg in Germany, on the other hand, took a dramatic turn when West Ham’s experienced defender Aaron Cresswell received a straight red card in the early stages of the game, which stifled the English team. Colombian striker Rafael Santos Borre scored the only goal of the match in the 26th minute.

In the Europa League final, Frankfurt faced Glen Kamara‘s Glasgow Rangers. In a match that progressed evenly again, the winner had to be found in the penalty shootout, where the Germans were stronger with a score of 5-4. The 120 minutes of football ended in a draw of 1-1. In the match, Rafel Borre was responsible for both the decisive penalty kick and Frankfurt’s only goal in regular time.

The 2022 UEFA Super Cup will be the 47th time that the winners of Europe’s two biggest cup competitions will meet. At the same time, it is a repeat of the year 1960, when the same teams met in the final of the European Cup. Real Madrid won that match, 7-3.

Real Madrid, which has experienced world-class stars and is used to winning everything, is the early favorite in this year’s Super Cup as well. Los Blancos will arrive in Helsinki with a very famous squad, whose most famous names include, in addition to the already mentioned Benzema and Courtois, for example, Eden Hazard, who has suffered from injuries ever since leaving Chelsea; Luka Modric, who is considered one of the classiest midfielders in the world; and Vinicius Junior, one of the most promising footballers, who already formed a world-class attacking duo with the experienced Benzema last season.

From Frankfurt’s side, the most familiar name to Finns is probably Mario Götze, who scored the decisive goal in the 2014 World Cup and who is returning to his home turf  after two seasons spent at PSV in the Netherlands.

The German national team goalkeeper, Kevin Trapp, who was the guarantor of success last spring, as well as Rafael Borre and Daichi Kamada, who scored numerous important goals during the spring, play an important role in the team going into the match.

Tickets to the game

Tickets for visually impaired seats are on sale starting at €25.

Supporters of Real Madrid and Eintracht Frankfurt have already been allocated their quota of tickets. The remaining 17,000 tickets are currently on general sale. 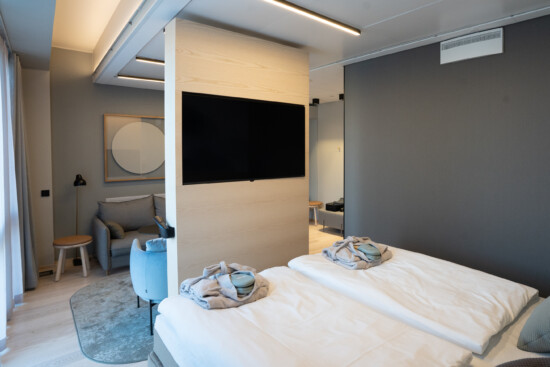 Are you about to participate in a match event and looking for accommodation?

VALO Hotel & Work, which has excellent transport links, is located only about a ten-minute drive from the Helsinki Olympic Stadium. From our hotel, you can also get to the Olympic Stadium easily with public transport, city bikes and electric scooters. 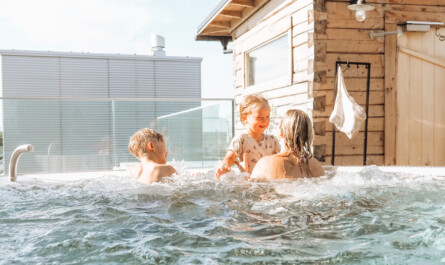