May Day is celebrated this time on a weekend, as the first of May is on Sunday this year. In Helsinki, the Spring, Workers ‘and Students’ holiday has traditionally been celebrated in many ways, and in this article we will give you a comprehensive list of  May Day events in the Helsinki metropolitan area in 2022. Spend May Day 2022 at VALO Hotel Helsinki at a special price! The hotel offer includes accommodation in a Comfort Room, access to the wellness area, a May Day brunch at Bistro ELO and late check-out. 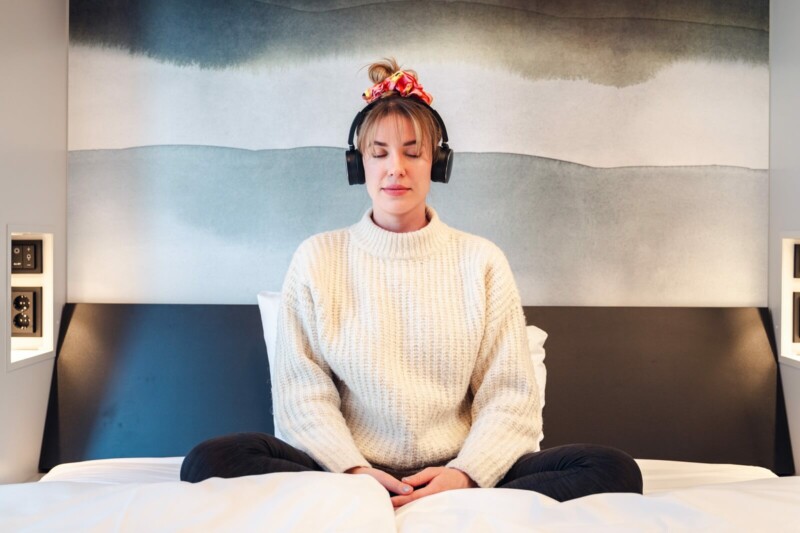 May Day is a celebration of spring, the laborers and students

May Day is traditionally known as a spring, laborers’ and students’ celebration that already begins on May 30th in Finland. However, it is customary to show up on the streets of Helsinki a little in advance at the spring festival, when students dressed in their specific student overalls appear in the street scene. In addition to students, balloon merchants, who are popular among children, have traditionally appeared on the streets with their merchandise.

In Helsinki, the celebration of May Day traditionally begins with the  “crowning” of Manta, which takes place at the Market Square. In the crowning, the Havis Amanda statue gets a foam wash and a  Finnish graduation cap used in the highschool on its head, which is also one of the Finnish May Day traditions.

May Day has traditionally been celebrated in Helsinki by spending time in its many markets, where e.g. balloons, May Day fans, serpentine and festive masks are sold.

Among the working people, May Day has traditionally been reflected in political marches as well as speeches and songs in the city squares.

A more academic way to celebrate May Day is to go on a picnic in one of Helsinki’s many parks and green areas. The most popular of these are Kaivopuisto and Ullanlinnanmäki. Many restaurants offer special May Day brunches, which allows you to have a “picnic” indoors as well.

May Day in Helsinki 2022 – events all around the capital

Known as a city of students and workers, Helsinki is a very traditional May Day city. For this reason, a wide range of events are held in Helsinki during the whole May Day weekend. More information about these can be found next.

What could be a better way to celebrate the May Day of the whole family than to go to the circus together? Circo Aereo’s Lion performance pays a respect to the traditional circus art, adding virtuoso mimicry and elements familiar from horror films also to the show.

The purpose of a Lion performance is to allow cleansing laughter in an exceptionally moment of fear, in addition to creating a state of its own for feelings of excitement and even joy. A slightly different performance from the mass could be considered a symbol of the momentary and dramatic nature of life.

As a performance, Lion is a fun, skillful and in its own way disturbed show. The performance includes elements familiar from circuses, such as clownery, magic, and domestication of animals. Thanks to its interesting parts, the work is excellent for both young people and adults. This circus performance, on the other hand, is not suitable for the youngest members of the family, and this is indicated by the minimum age of 12 years.

For lovers of Finnish music, a really tasty music setting is offered on May Day, when Johanna Försti and Antti Koivula unite together and reconcile many familiar Finnish songs into a new style. Johanna Försti is already familiar with this style of making music, as she has previously composed music in a bold style in her career, e.g. from J. Karjalainen, Juice Leskinen and Rauli Badding.

The versatility and skill of Johanna Försti and Antti Koivula as artists and musicians is unparalleled in Finland. The duo is familiar to the general public, especially from the Dancing with the Stars program, in which they have performed as solo artists.

The length of the concert is about one and half hours and a mid-time break.

The band Kirkerät Neitsyet, formed in 1997, will once again perform at Kanneltalo on May Day after a break of more than two years from public appearances.

The group of ten women, who have been performing together for a long time, have become known for their joyful music, insightful lyrics and, as a whole, performances that offer an amazing experience. The free of charge show takes about 75 minutes.

May Day concert at Kulttuuritalo

Antti Tuisku, one of the brighest stats in the Finnish pop music industry, will arrange probably the best parties of May Day 2022 in Tavastia.

Tuisku, who rose to the ranks of domestic music stars in the early 2000s from Idols, released two new singles called Treenaa and Kipee in early 2021, followed by a seven-song Master Workout ep.

Where the album Valittu kansa, released in February 2020, reflected on the spiritual side of life, the theme of the new songs is the more physical side of life. However, the joint publications have a socially assertive and profound theme, which includes the self-irony typical of Tuisku’s music from 2015 onwards.

We Love Helsinki May Day ball

The ball held in the carriage hall allow you to throw yourself into the real atmosphere of the Wild West to the beat of the old schlager music. In the loft of the hall you will find a secret tavern suitable for the spirit of the time, where you dive into the wild years during the Prohibition Act.

At the end of the evening, a Kreba disco will take place in the Corner Hall of Korjaamo where you dance to the beat of Finland hits. In the loft you will find the Kutu disco, which music consists of classical slow songs.

There is also a lot of side programs in May Day dances, such as a fortune teller and the opportunity to decorate party costumes with glitter. The participants of the event are expected to have both a positive holiday spirit and a special contribution to the happy dressing of the holiday.

A traditional children’s May Day event is held in the Kumpula Botanical Garden on May Day. This is the 59th time that this event for children will be held.

This year’s Vappushokkelo runs on the theme of Finnish nature, which can be seen in the area e.g. as a functional shock track, animals, planting, lotteries and food sales side.

Shokkelo also maintains older traditions, such as planting and microscoping points familiar from previous years. During the event, children will be able to plant their own plant, which can also be taken home at the end of the day. Microscopes, on the other hand, introduce you to the life of a small and wonderful microworld.

There will also be a wide range of animals at the event, which children will get to know under the guidance of knowledgeable staff.

The Shokkelo service points offer refreshments and snacks throughout the day, which also allows for longer-lasting visits with the little ones in the family.

In this article, we have purely focused on May Day-themed events. However, many other events will be held in Helsinki on May Day weekend, offering a wide range of needs and interests.

A convenient way to get to know all the events of the weekend is the City of Helsinki’s events calendar, which lists all events in Helsinki for specific times and with specific themes. You can check the calendar of events between 30.4 and 1.5.2022 from this link.

May Day brunches in Helsinki

May Day picnics and brunches have traditionally been an essential part of May Day celebrations in Helsinki. This year, Bistro ELO has a May Day brunch, which allows you to have a picnic in comfort indoors. The restaurant offers many tasty savory and sweet options that make it easy to indulge in the atmosphere of May Day. You can find out more about Bistro ELO’s May Day brunch from this link.

Book a hotel in Helsinki for the May Day weekend 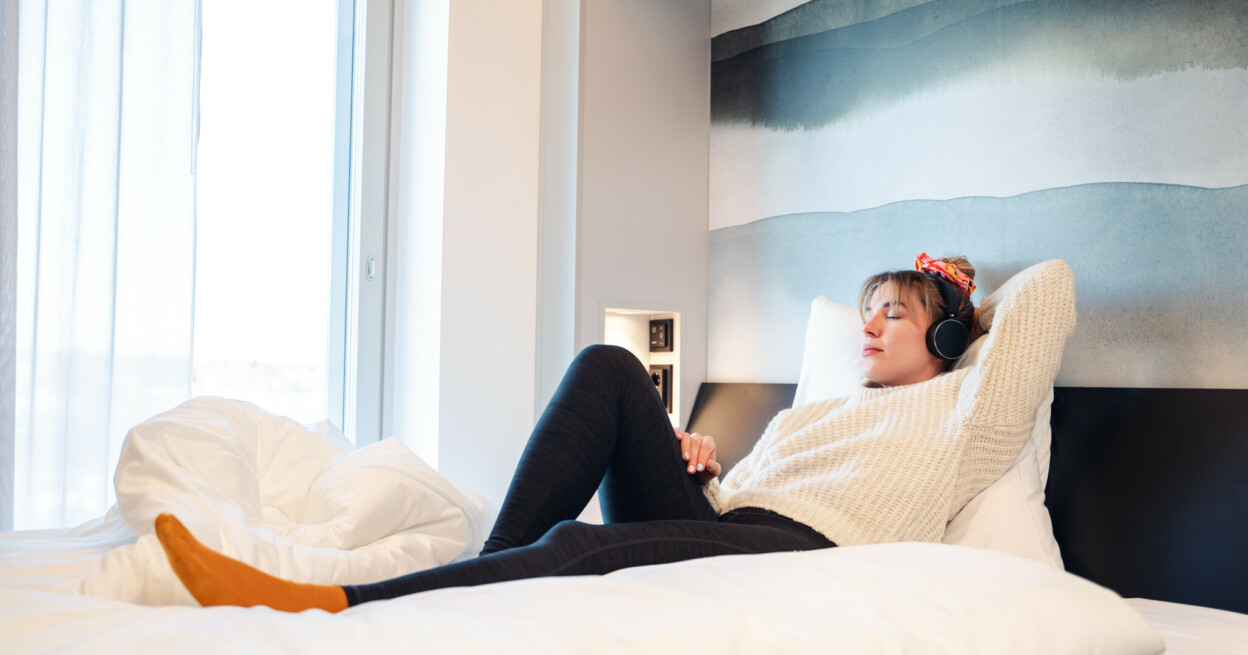 Located on Mannerheimintie in Ruskeasuo, Helsinki, VALO Hotel is an ideal base for the May Day weekend. Our hotel is located on excellent public transport links, allowing you to easily take part in many of the events mentioned in this text.

You can check out our May Day hotel discount here.